Predator Hunting Grounds review is an asymmetric ps4 multiplayer game that does not carry a single-player campaign mode at all. Based on a story rooted in the legendary 1987 film starring Arnold Schwarzenegger, this game can be perfectly represented. You will find a film that can be adapted accurately in this game.

Predator Hunting Grounds review contains 1 user VS 4 user battle system. This system makes one user act as a Predator with a variety of the latest technology. You will become a Predator with the main mission to hunt down 4 other players who will work together as a Fireteam.

You will also have the ability to move from one tree to another while the audio ability is more sensitive to know the position of Fireteam.

While the other 4 players will act as Fireteam who are divided into various types of classes with certain buffs. Fireteam’s main mission is not to hunt down Predators. You will be required to complete a random mission that can focus on killing targets, sending data to satellites, and various other missions.

Fireteam will win if there is one member who manages to escape from the mission location. In addition to scanning Predators, Fireteam also has to fight against enemy forces that inhabit mission locations.

Predator Hunting Grounds review successfully carries a story system that adapts depending on the battle situation you are experiencing. This system offers several different conditions that can adapt to the course of the existing battle.

You have the opportunity to determine for yourself whether you are on the losing or winning side. Also can choose to continue the mission that should be or will immediately change to protect and secure the Predator’s corpse that was just finished.

You can also survive a certain amount of time while fighting against a wave of the enemy after wave of enemies until the time limit is over. Predators also have the opportunity to destroy themselves in the hope that the explosion will drag the Fireteam members around.

With a high risk of death, Fireteam members can fight to kill this explosive.

Predator Hunting Grounds review offers a visually appealing design. You will find an open battle map that contains a wilderness. In this map, the Predator and Fireteam will face each other. When exploring this forest you will find a replica of the film version. You will find a predatory experience that is like in the real world.

You will feel amazed by the predatory figure who is the main star in this game. The predatory figures you know will transform into a race of alien fighters according to their capacity. This Predator character is equipped with an armour design that can be upgraded and a variety of abilities that can be used to hunt humans from Fireteam. You will also meet a female version of the predator that is designed completely with customization features as motivation to keep playing it.

The Predator Hunting Grounds review also features a Brilliant audio design. The audio that is presented can be used to support information on whether the Predator is within the required mission radius or not. You can also hear typical attacks from predators from a distance. The sound of flying birds and tree branches and leaves moving due to movement became clearer. Besides that, the sound of the weapons also sounded like the real thing.

You will also listen to the typical laughter of predators until they blow themselves up. All voices are presented with more sensitive audio so that they can be used to determine the battle position when the infrared mode is activated. The audio design that is presented feels so strong to support the story in the game. This is a very strong reason why the game feels so much like the movie version.

Predator Hunting Grounds review does offer battles between two teams that have different characters and weapons. Both have their advantages and disadvantages to show each other. Finally, you can use all the equipment you have to win the battles in this game. Following the concept, you only have two choices, namely hunting or being hunted.

As a predator, you are not only equipped with the latest weapons to fight the enemy. You will also have the ability to use trees in the forest as a way to hunt down opponents. You can search for the nearest automatic tree path without the command to jump if you need to switch from one tree to another. This movement will produce a smooth and dynamic effect.

You will have a myriad of technologies and weapons that can be used to strategize. Even you also can make yourself blend in a little with the existing background. although not completely disappearing this ability will help you to camouflage well. You can also lock the locations of your opponents regardless of their distance or whether they make a sound or not. This ability will help you to start hunting better.

Predator Hunting Grounds review provides the best experience for those of you who act as a predator to bring heavy weapons into the battlefield. All existing weapons can work effectively to finish off opponents with just a few hits. So you can continue your hunt in a more fun way without worrying about anything. 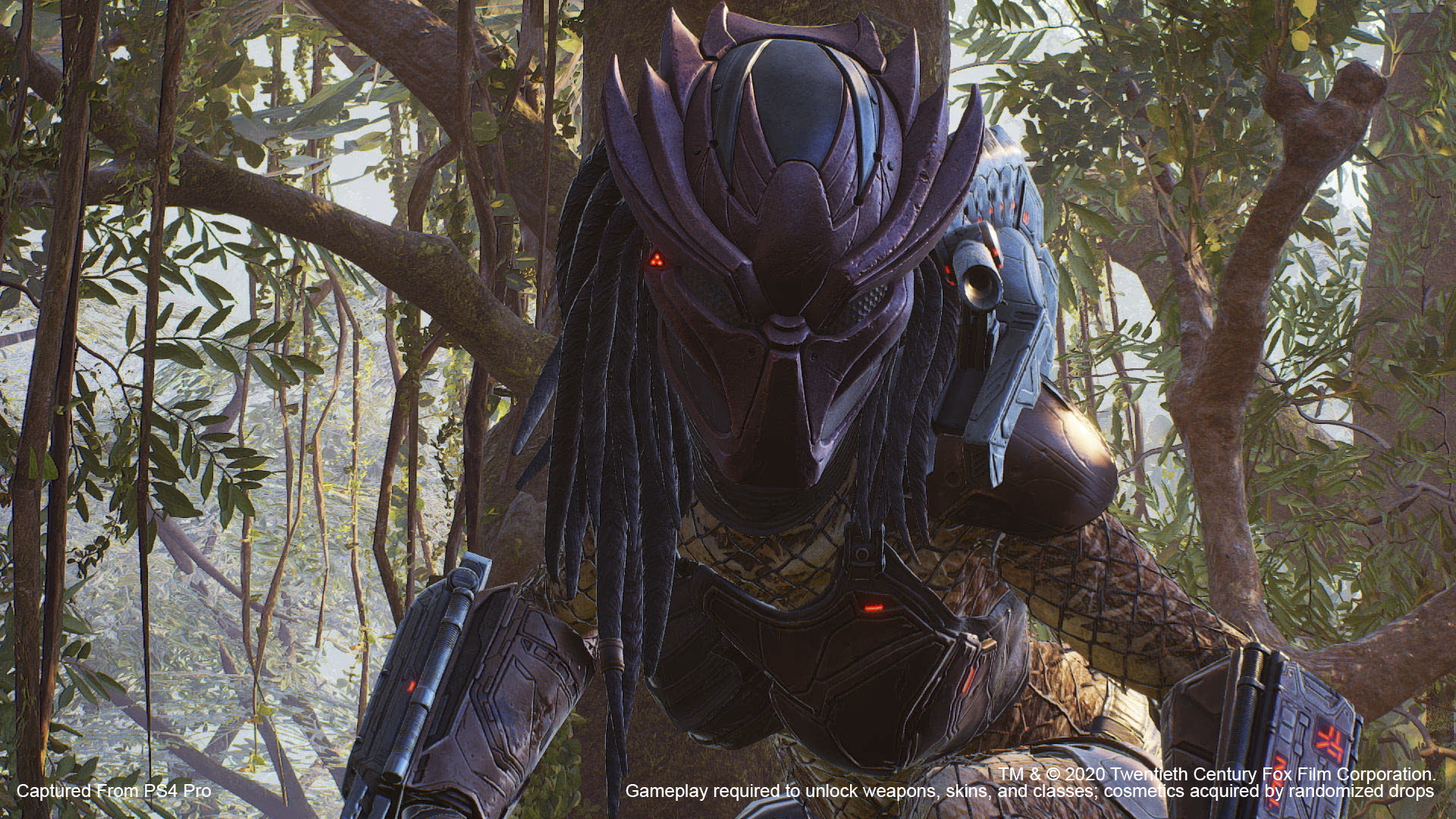 View all posts by Alotof